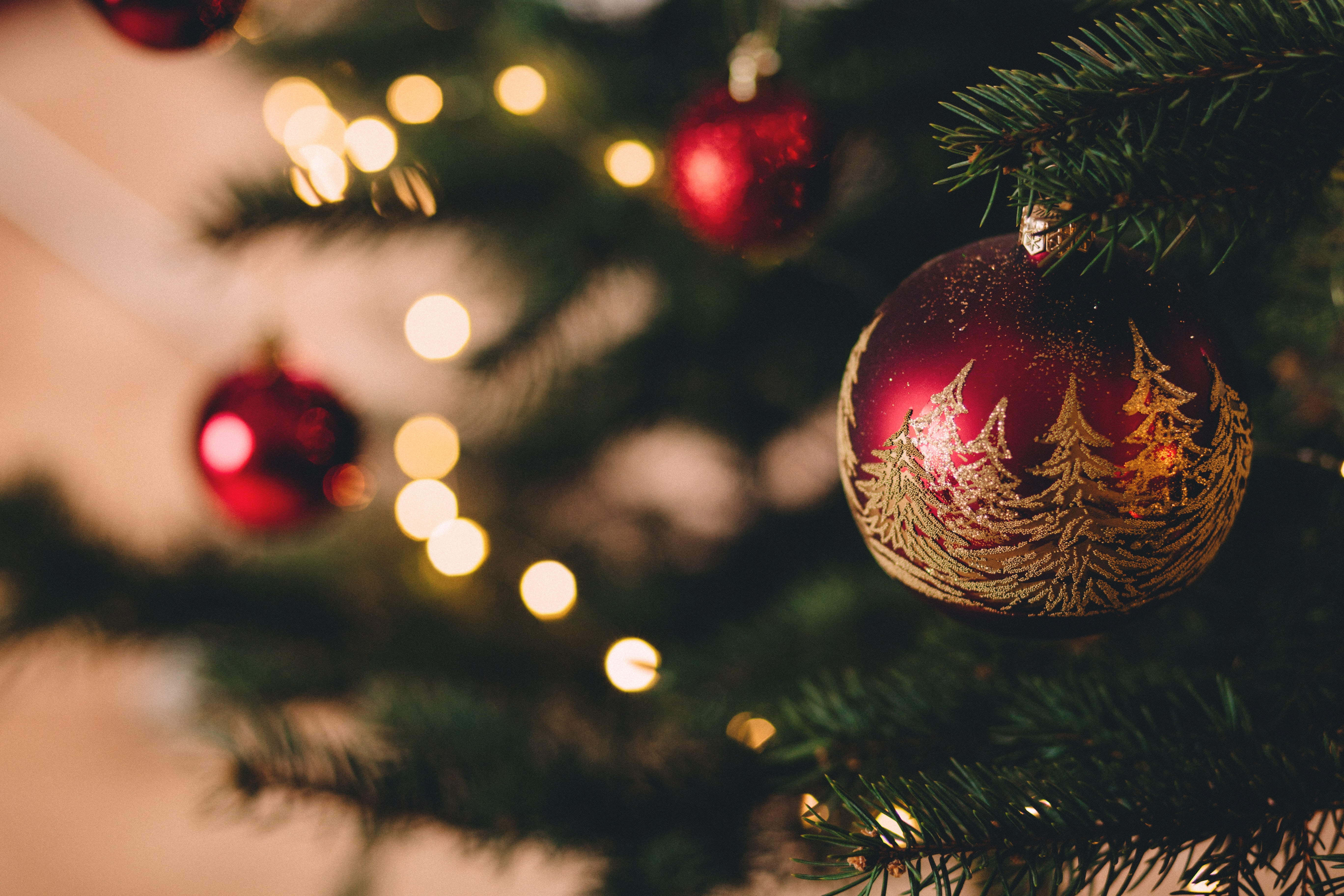 Once again the city of Barcelona celebrates Christmas with more than a thousand festive, recreational and cultural activities for the whole family. In order not to miss anything, we have prepared a guide with the best plans to enjoy Christmas of the year 2019 at our hotel La França Travellers in Barcelona.

The Christmas holiday calendar officially kicks off with the switch-on of this year’s Christmas lights. This year the show will take place next Thursday November 28 th in the square of Can Fabra in the neighbourhood of  Sant Andreu at 17:30 h. The theatre company Dagoll Dagom will delight us with a theatrical performance of 1 hour to celebrate the Christmas lights switch-on. The actors, who will represent characters from popular stories, will turn on the lights, which will remain on in the commercial streets of the city until January 6 th between 17:30 and 00:00 h.We will be able to see in Passeig de Gràcia some beautiful structures shaped like giant butterflies accompanied by light falls of five meters. 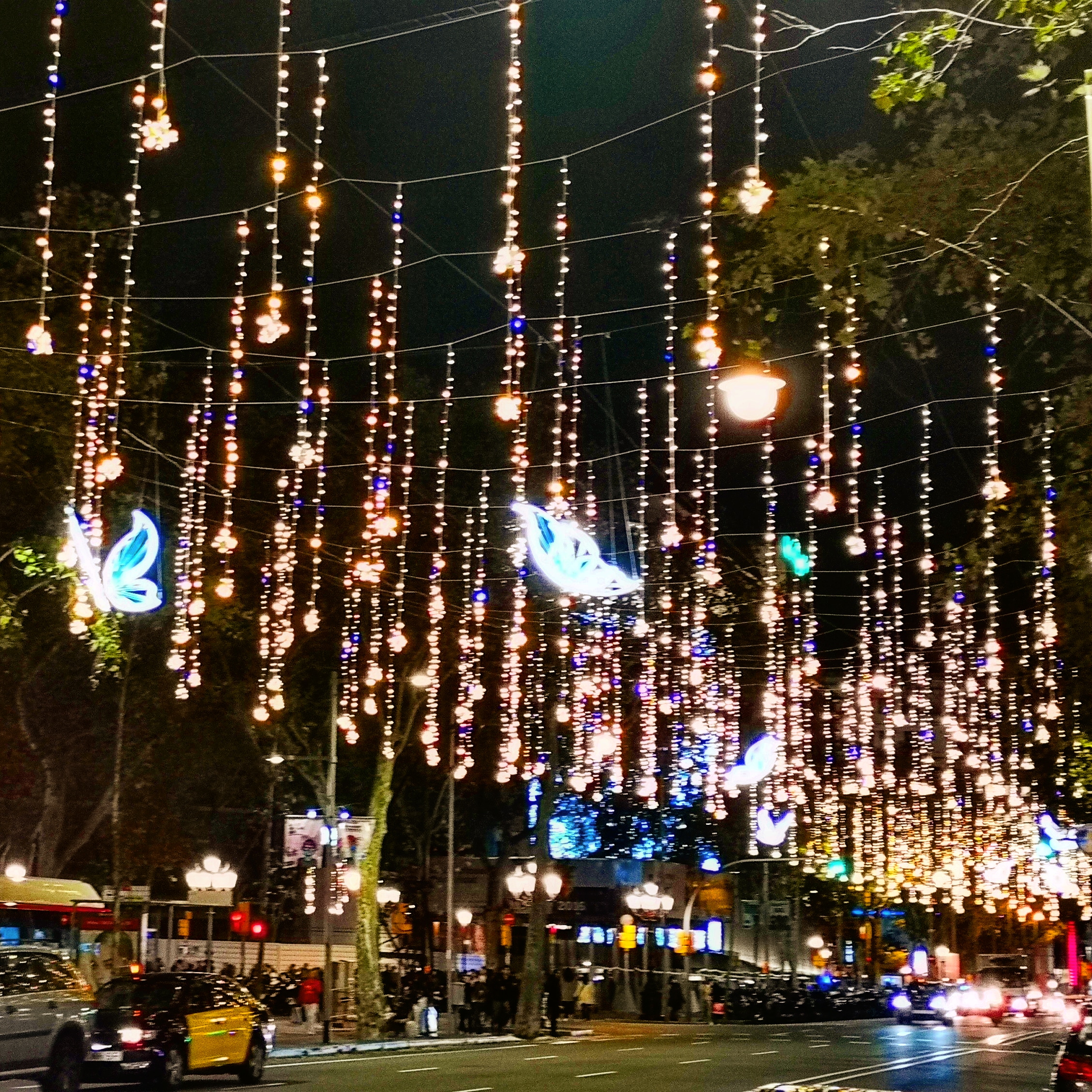 The Santa Lucía market and the Sagrada Familia market.  If you want to live a unique Christmas experience in Barcelona, ​​do not miss walking through these two Christmas fairs.

The Santa Lucía fair has been held for over 230 years. It is located in front of the impressive Gothic Cathedral of Barcelona. There are about 300 stands which offer, among other products, typical Christmas food, Christmas decorations, gifts, Christmas firs and their ornaments, nativity scenes and their figures. There is a typical figure of the Catalan nativity scenes that is the “caganer”, whose tradition dates back to the 18th century.

A series of events have been scheduled during these days, which can be found at the following link:

At the Sagrada Familia Fair, held for the first time in 1962, you will also find a hundred stands with Christmas firs, Christmas decorations, nativity scenes and their figures, and typical Christmas food products. It is located in front of the temple of La Sagrada Familia by Gaudí. This fair can also be visited between November 29 th and December 23rd from 10:00 to 22:00 hours.

Do not miss the Nativity scene in the Plaza de Sant Jaume from December 20 th to January 06 th, which every year adds a peculiar touch to the traditional Nativity scenes.

This year, between December 5 th and January 5 th, the first Christmas Fair of the Port Vell of Barcelona will be held in the Portal de la Pau square, in front of the statue of Columbus. In addition to the traditional Christmas stands, we can see a floating Nativity scene with an aluminium structure and an astonishing 31-meter-high Christmas tree decorated with LED lighting. A light and music show will be offered every night that will illuminate the emblematic building of the headquarters of the Port of Barcelona with nothing but 100.000 LED lights. 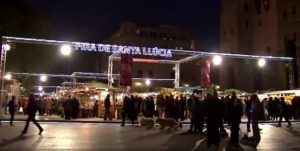 During these dates, shops and markets become a major attraction for visitors of Barcelona.

Trade associations offer proposals of recreational and cultural activities for everyone.

The shops have special opening hours for these days, opening from Monday to Sunday. 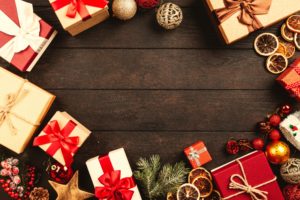 You can not understand Spanish Christmas without the traditional “turrón” and “polvorones” (Spanish equivalent of nougat and shortbread).

Nougat is a typical sweet whose origin is Arabic and it is unquestionably the king of Christmas celebrations. The typical nougat is made of a sweet dough manufactured with sugar, almonds and honey. All the nougat flavours that you can imagine can be made, such as the chocolate nougat (you can find it with or without almonds or hazelnuts), the delicious cream and nut nougat, the coconut nougat or the mouth watering egg yolk nougat. Besides, nougat can be soft or hard, to please different palates. Do not miss it!

Hot chocolate with “churros” is another classic element during Christmas. It can be tasted in many coffee shops and it is ideal to mitigate the winter cold. 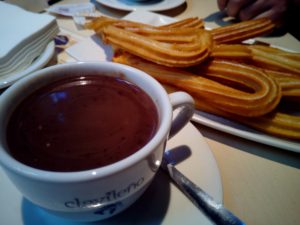 We have become accustomed in recent years to the Farga de l’Hospitalet de Llobregat becoming a huge 1.600 square meter ice rink during Christmas holidays. During Christmas we can enjoy this huge skating rink from December 20th to January 7th. There will also be a 200 square meter track reserved for children and a 40-meter long slide.

Kaliu Park, which is the name of the attraction, will offer three thematic areas: Kaliu Hielo with its traditional ice rink and the spectacular giant slide, Kaliu Lúdico with recreational and sports activities for the kids and Kaliu Creativo with music, shows and circus workshops. It will remain open between 11:00 and 21:00 hours.

You can find more information on the web. 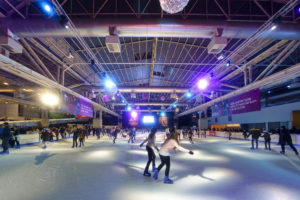 Poble Español will become from December 21 st to December 29 th a unique Christmas themed space in Barcelona. We can enjoy some Catalan Christmas traditions such as living manger and the Tió. The Tió is a wooden log with a smiling face supported by two front legs. It wears a traditional Catalan cap and it is covered with a blanket that protects it from the cold of the winter. According to Catalan tradition, from December 8 th children must feed the Tió every day with leftovers or fruit peels. The more the Tió eats, the more he will gain weight and the more gifts it will produce for the children.

Children hit the Tió on Christmas Eve after dinner, while singing a popular song. After this ritual they raise the blanket and find gifts and sweets under the Tió.

TO TOP IT OFF: NEW YEAR’S EVE IN MONTJUÏC

The Magic Fountain of Montjuïc will be the location on December 31 st of one of the most expected shows of the year. The show consists of a spectacular combination of fireworks, light, water and music that welcomes the New Year. You can find this show just 5 minutes’ walk from our hotel La França Travellers!.

According to tradition, at 24:00 h., 12 chimes will be heard. If you want to have good luck during the next year 2020 you must eat a grape as the sound of each chime is heard. Do not worry, lucky grapes will be offered to our guests.

You can continue the party until dawn in one of the many dance halls in the city like Pueblo Espanyol, Razzmatazz, Opium Barcelona, Pacha Barcelona… 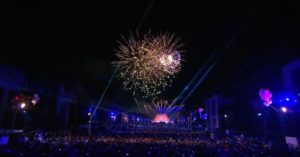 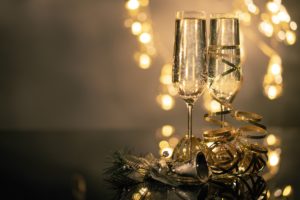